Some of the effects of the SE-5 1000 can be duplicated by recording Tunings on audio tape or video tape. When these tapes are then played on audio or video equipment, the IDF balancing effects are again produced. The actual procedures for adding Tunings to these mediums are not appropriate to share at this time, however I can talk about the projects.

The first project is a video production that Willard Frank, inventor of the SE-5 1000 created. Mandalas and Mantras, as it is called, is a 42 minute experience of colors, geometric shapes and designs, sounds and music, and Tunings that makes your TV set into a chakra balancing device. One does not need to directly watch the TV screen to experience the results, but it is fascinating to see the movement of colors and shapes. As the tones change in pitch, the colors and geometric forms emanate IDFs that balance each of the chakras. This is a very powerful experience. When I presented it at the Global Sciences Congress in Denver Colorado in 1989, several people said that they had an out-of-body experience as the video played. Others have told of spontaneous healing after seeing the video.

The second project is one that I have produced myself, with my partner Ilona Selke. This is a music CD, on which we have added SE-5 1000 Tunings to one of the pieces called, Aura Cleanse/Chakra Rainbow. I wrote the music for a guided meditation tape called Dreamtime Awakening that is designed to help people wake up in the dream state, a technique which is called Lucid Dreaming.

Lucid Dreaming is kind of like being awake as you are now, but while still in the dream, realize that you are dreaming. You can then change the dream into whatever you want. You can visit friends, (sometimes they remember the experience too!) or fly or visit someplace that you have always wanted to go, except the tickets are free.

That was what the music was intended for, but when I was putting the CD together, I noticed that this one piece felt like it was ‘brushing’ my aura with a whooshing sound in the music. The second part of the piece was from a part of the meditation in which one is walked slowly through the colors of the rainbow. I had an idea that if I added SE-5 Tunings to the music, that it could have a beneficial effect on the chakras.

So I decided to do some research. I recorded two different versions, one with, and one without the Tunings. I asked some of my friends that dropped by if they would like to do an experiment and of course everyone was excited about this kind of research. Below is a chart of the results.

Whereas 99 represents the best reading of a balanced chakra. (When it reads 99 on the chart, the actual reading was 99.9, the highest number on my instrument, an older model. I saved space on the chart by typing 99. The newer instruments are calibrated to 100.0+.)

There is a strong correlation between improvement of the IDF amplitude readings and using recordings with the SE-5 Tunings. In every case we saw an improvement in the IDF reading of every chakra when improvement was possible. (In the case of a reading below 99.9.) In the case of the cassette without Tunings, we saw some improvement which I observed originally, and was my original inspiration. 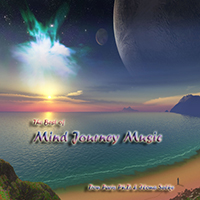 Notes: I had the chance to read one woman’s IDFs four hours later and some readings had dropped slightly into the 98.4-99.6 range. I took a reading three days later on another woman, and the lowest reading was 89 whereas at the first reading the lowest was 72. (Bojilina)

(The CD is entitled The Best of Mind Journey Music I&II by Don Paris * Ilona Selke.)

Ilona's haunting flute blends perfectly with the serene meditative music from the Mind Journeys. Over an hour of uplifting peaceful music that will take you to pleasant dreamlike worlds. Special frequencies are added to cleanse the Aura and balance the Chakras. Perfect for de-stressing after a hard day's work.

In One We Are 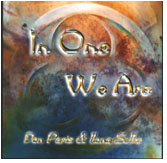 On our second CD, In One We Are, I added some of the Tibetan Medicine, Healing Tunings over the entire CD. People have commented on the relaxing and balancing effects of this CD.

In One We Are is uplifting! Spirited sounds of the silver flute intertwine in rhythmical dance with the dreamlike, sweetness of the guitar. Most people have returned to buy an extra for a friend. That speaks for itself!